Originally posted on June 23, 2016
by Daniel Leaderman of the The Daily Record

University of Maryland University College is creating a nonprofit company to beef up its commercialization efforts and help the institution develop an endowment.

Dubbed “UMUC Ventures,” the company is designed to serve as a holding company that would acquire, develop and sell new products and businesses, generating revenue for the institution.

The University System of Maryland Board of Regents unanimously approved the plan, which would include a $15 million investment from UMUC over the next few years, at a public meeting conducted via conference call Friday afternoon.

In recent years, UMUC’s enrollment and cash flow have decreased, USM Chancellor Robert L. Caret explained on the call. As a result, system officials asked the university to rethink its business model, he said.

UMUC offers degree and certificate programs, both online and in-person, that are specifically targeted to working professionals. Many of its students are active-duty military personnel, but that population has decreased due to federal sequestration cuts and a military drawdown, officials say. 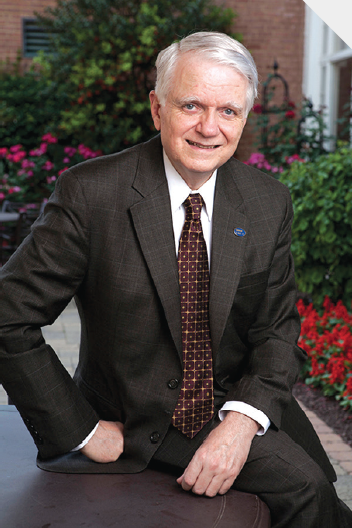 Enrollment at the university dropped 15 percent in 2013 and 2014, which led to a $60 million budget cut and the termination of 300 employees, UMUC President Javier Miyares said on the call.

Though financially stable now, the school must still take action to ensure its long-term sustainability, Miyares said. A number of processes and systems UMUC developed to improve its efficiency have the potential to be commercialized and turned into sources of revenue, he said.

One of the first steps in the new plan is to have UMUC Ventures take ownership of HelioCampus, according to the supporting documents provided in advance of Friday’s meeting.

Profits generated by HelioCampus will support scholarship programs and could reduce — and potentially even eliminate — tuition costs for graduates of Maryland community colleges who want to earn bachelor’s degrees from UMUC, Miyares told The Daily Record in September.

UMUC Ventures will be managed by a paid board of directors that would guide the development of new ventures as well as advise the school’s president and executive committee.

The board will consist mostly of senior executives from Fortune 100 corporations, Miyares said Friday.

One current UMUC vice president will become an employee of the new company, and products or services offered by UMUC Ventures to UMUC or any of the other USM institutions will be exempt from the system’s procurement procedures, according to supporting documents.